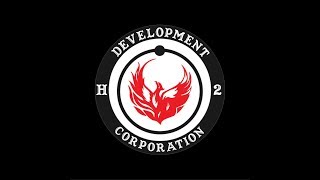 'A Shale Reality Check' - How Secure Is A National U.S. "Long Position" On Natural

White Paper: on Green Hydrogen for Power and HVAC

'A Shale Reality Check' - How Secure Is A National U.S. "Long Position" On Natural

It appears crystal clear, that the pivot to Natural Gas and a staunch as well as abrupt U.S. Energy Policy (to prop-up Natural Gas from a "Command and Control" initiative) from The Trump Administration (in all fairness and with all due respect), may be a vital and significant error of judgement and which may come with significant losses as associated both from an economic as well as at a significant environmental cost..

"Given play fundamentals, the EIA’s assumptions of tight oil and shale gas production through 2050 are highly overestimated. This has serious long-term energy sustainability implications. Policies for expanding natural gas and crude oil exports serve to deplete domestic resources sooner, setting up increased dependency on imports in the longer term (even with the EIA reference case AEO2017 projection the US will be a significant net importer of crude oil in 2050). At least a part of the multi-trillion-dollar investments needed to meet AEO2017 forecasts would be better invested in alternative energy sources to maximize future energy security.

There is no doubt that the U.S. can produce substantial amounts of shale gas and tight oil over the short- and medium-term. Unrealistic long-term forecasts, however, are a disservice to planning a viable long-term energy strategy. The high to extremely optimistic EIA AEO2017 projections impart an unjustified level of comfort for longterm energy sustainability. As sweet spots are exhausted, the reality is likely to be much higher costs and higher drilling rates to maintain production and/or stem declines.

The “shale revolution” has provided a reprieve from what just 13 years ago was thought to be a terminal decline in oil and gas production in the U.S. It has sparked calls for “American energy dominance”, despite the fact that the U.S. is projected to be a net oil importer through 2050, even given EIA forecasts. This reprieve is temporary, and the U.S. would be well advised to plan for much reduced shale oil and gas production in the long term based on this analysis of play fundamentals." It's a fair conclusion - after reading this paper to easily surmise from this report, that the current national pivot to Natural Gas is a clear Short-Term "solution". Natural Gas has nothing to offer for Long-Term and it rings HOLLOW for commanding and controlling the funding and precedent for placing Natural Gas over Renewable Energy and Green Hydrogen technologies (In Particular), under a National Security precedent for being a preferred and secure energy commodity.

If The U.S. DIVERSIFIED our National Infrastructure Investment with Green Hydrogen, the U.S. would yield an INEXHAUSTIBLE and consistent albeit 'RENEWABLE' return and with IMMENSE PROFITS and without the COST'S associated from irreversible environmental DAMAGE's from which will certainly be had from the legacy of a national Natural Gas infrastructure. A diversified National Energy approach with Renewable Energy and with Green Hydrogen (as being produced from Renewable Energy), would provide for an abundance for Energy Storage, a carbon and toxin-free energy fuel for MW scale power. This to provide additionally for grid-relief from localized Micro-Grids, as well as to provide for carbon-free HVAC and for Transportation (including EV Electrification for charging).

This is bonefide sensible and it is the basis for having an in-depth and frank discourse at present, to address this subject. This thinking can serve for the basis for making ostensibly rational investment decisions for the U.S.A.

Public as well as private economics (current and future), successful energy project origination (from an investment prospectus' construct), which bolsters as it also reinforces a more prudent, robust as well as conservative (rationale) for thinking would be desirable at this moment in time. A Leveraging for long-term planning, for having an over-all impactful, meaningful and (pragmatic) paradigm change, (one inclusive of Hydrogen produced from renewable energy) had from TODAY , would undoubtedly lead to a long-lived advantageous outcome for us all. Citation taken 3/7/208 from Internet from: http://www.postcarbon.org/wp-content/uploads/2018/02/Hughes_Shale-Reality-Check_Winter-2018.pdf